The Minister for Immigration and Border Protection introduced the Australian Border Force Bill 2015 into Parliament on 25 February 2015. The cornerstone of the Bill is the creation of an operational border control and enforcement entity.

The ABF will be the operational arm of the Department of Immigration and Border Protection (DIBP) and will be led by the ABF Commissioner who will be Australia’s most senior border law enforcement officer. 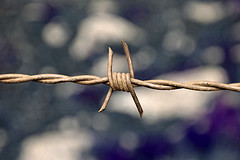 The Commissioner will have a dual role as the Comptroller-General of Customs, with responsibility for the enforcement of Customs law and collection of border-related revenue.

In performing these critical functions, the ABF will work in close partnership with a range of Commonwealth, state, territory and international law enforcement and intelligence agencies, including the Australian Defence Force and the Australian ederal Police.