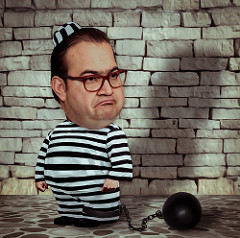 Visa cancellations based on the character grounds can often seem harsh in their application. Last week the High Court had to consider a case involving a gentleman from Malta who arrived in Australia as a 3 year old and who had lived here for 60 years. In that case the argument was that section 501(3A) Migration Act was constitutionally invalid because cancellation would result in immigration detention and that was effectively a used of judicial power (to imprison) by the Minister which is not permitted under the doctrine of separation of powers. The court was unaniomous in rejecting the argument. In my view Justice Nettle summarised the position neatly:

Given that the plaintiff came to this country as a three-year-old child more than 60 years ago, it might be thought that whatever risk he now poses to the safety and welfare of the nation is one that the nation should bear.  In general, however, it is for Parliament to select the “trigger” for legislative consequences and especially so in the case of deportation.  It is not the role of this Court to say that the criteria of deportation are overly harsh or unduly burdensome or otherwise disproportionate to the risk to the safety and welfare of the nation posed by the subject non-citizen remaining in this country.  Contrary to the plaintiff’s submissions, there is no constitutionally guaranteed freedom from executive detention such that legislative provisions for the deportation of non‑citizens and their consequent detention must be justified as appropriate and adapted or proportionate to a non‑punitive end.  At least in this context, proportionality analysis of the kind essayed in McCloy v New South Wales and more recently applied in Brown v Tasmania has no role to play.

For the whole case have a look at: Falzon v Minister for Immigration and Border Protection [2018] HCA 2

If you have any cancellation issues, I’d be happy to try and assist.