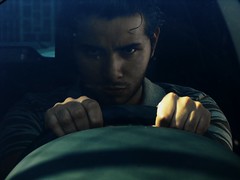 Whether or not someone is of good character is an issue which can arise in migration law as the basis for refusing or cancelling a visa. Character is also an issue which has to be considered in the context of applications for citizenship. Unlike the Migration Act, the Australian Citizenship Act does not have a definition of what “good character” means. As a result the test from Irving v Minister for Immigration, Local Government and Ethnic Affairs [1996] FCA 663; (1996) 68 FCR 422 at 431-432 is applied. That test is:

“Unless the terms of the Act and Regulations require some other meaning be applied, the words ‘good character’ should be taken to be used in their ordinary sense, namely, a reference to the enduring moral qualities of a person, and not the good standing, fame or repute of that person in the community. The former is an objective assessment apt to be proved as a fact whilst the latter is a review of subjective public opinion… A person who has been convicted of a serious crime and thereafter held in contempt in the community, nonetheless may show that he or she has reformed and is of good character… Conversely, a person of good repute may be shown by objective assessment to be a person of bad character.”

In addition, citizenship policy says that “enduring moral qualities” include: (a) characteristics which have been demonstrated over a very long period of time; (b) distinguishing right from wrong; and (c) behaving in an ethical manner, conforming to the rules and values of the Australian society.

I was curious to browse some recent AAT cases to see the types of matters where applicants were found not to have the requisite enduring moral qualities. I was a little surprised to find that a bad (i.e. “really bad”) driving record can be a reason for refusing citizenship. In Ahmed [2018] AATA 4458, the member affirmed the decision to refuse citizenship and observed that:

“His driving record is appalling when one adds the totality of the record of offences to those for which he was convicted in the courts. Put bluntly, he was a menace on the roads and by his blatant, frequent and sustained disregard of Australia’s laws as they relate to driving and road safety, he fails to manifest the degree of respect for the law which this nation is entitled to expect from people seeking to join its ranks of citizenship.”