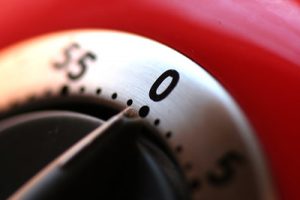 Determining when time limits expire can be more complicated than you might first think.

Recently in Wang [2019] AATA 4163 the AAT had to grapple with the meaning of clause 187.232(1)(bb) (in schedule 2 of the Migration Regulations) which set a time limit for english tests and required that: “the test was conducted in the 3 years immediately before the day on which the application was made”.

The problem is that the term ‘year’ is not defined in either the Act or the Regulations, and none of the calculation of time provisions in the current s.36 of the Acts Interpretation Act provides any guidance. In the absence of any such guidance the Tribunal accepted that “year” meant “calendar year”.

It then applied section 36 of the Acts Interpretation Act which provides that a period of time expressed to “end before a specified day does not include that day”. The tribunal held that for an application lodged 4 August 2016, the required time period to have conducted a language test would have been 3 August 2013 to 3 August 2016. Accordingly, the competent English requirement was met, and the visa application was remitted to the Department for determination according to law.

My standard advice to clients is that if there is ever any doubt about time limits, make sure you err on the side of early!