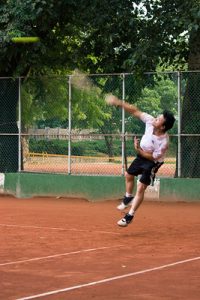 Many of the court decisions about visa cancellation on character grounds are focussed on the reasons for the cancellation. However, once a cancellation decision is made, section 501CA(3) Migration Act requires the Minister to, as soon as practicable after making the decision to “give the person, in the way that the Minister considers appropriate in the circumstances….” notice (and particulars) of the decision and invite the person to make representations.

The basic facts of EFX17 v Minister for Immigration and Border Protection [2018] FCCA 3179 appeared to be unremarkable. A Hazaragi speaking Shia Muslim Afghan man of Hazara ethnicity was given his “cancellation papers” by a corrective services officer in an interview room in the Brisbane Correctional Centre.

One of the issues in EFX17 was whether the requirement to “consider appropriate” was itself a decision which was reviewable independently of the cancellation decision. A majority of the Full Federal Court, Rares and Greenwood JJ said the answer to the question was “yes” for the reasons set out below:

There was also a dissenting judgment from Logan J.

The decision is good news as far as procedural fairness is concerned. It means that careful consideration needs to be given not just to the cancellation decision, but also to the “giving” of information to the person affected.

There was a second issue in EFX17 concerning the validity of delegation of tasks to correctional service officers. I will blog about that on another day.