Jurisdiction and the risotto 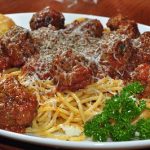 Much to the frustration of many clients, fact finding by the AAT is not normally able to be challenged in judicial review proceedings in the courts. One very limited exception to that proposition is if the fact finding is “irrational, illogical and not based on findings or inferences of fact supported by logical grounds”. Those grounds are very difficult to make out. There are at least two additional matters which have to be considered:

Some of the authorities on those two points are conveniently summarised in Gill v Minister for Immigration and Border Protection [2017] FCAFC 51 at paragraphs [59] and following.

This is a very unusual case and is an example of the circumstances in which fact finding can be found to be illogical.