Allegedly a victim of fraud 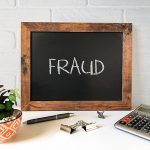 The activities of the (former) firm S&S Migration are so infamous that the Full Federal Court judgment in Katragadda v Minister for Immigration, Citizenship, Migrant Services and Multicultural Affairs [2020] FCAFC 143 commences with: “…this is yet another case arising from the carnage left by the fraudulent conduct of S & S Migration.”  It was not in dispute that the Applicant’s visa application had been lodged, by SSM and was based on deliberately false information.

In those circumstances you might have thought it would be relatively straightforward for the applicant to say “not my problem, the agent was a fraudster”. Unfortunately that’s not the only requirement. If the Appellant’s visa application was invalid because of third party fraud, then the fraud had to be both:

The onus was on the applicant to prove that “she or he has been the (innocent) victim of such a fraud” (Marharjan at [78]). This means that the applicant must satisfy the court to the requisite standard that she or he was ‘neither complicit in the fraud nor “indifferent” to it”. Indifferent is a very broad term and means recklessly indifferent or “wilfully blind”.

Unfortunately for this applicant, the Federal Circuit Court did had found a number of discrepancies in documents and had found that the appellant was indifferent “about truthfulness and accuracy in documents, including affidavits filed in this Court”. The Full Court relied on those findings and found that the applicant hadn’t discharged his onus of proof. The appeal was dismissed.

Fraud is one of those things which is easy to allege but very difficult to prove. As this case also demonstrates, don’t even think about alleging it if you don’t come with “clean hands” (yes, I know, judicial review is not equity).