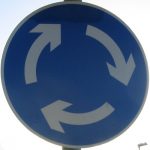 Visas can be cancelled on the basis that the holder is not of good character under section 501 of the Migration Act. This usually means that the person has a “substantial criminal record”. The decision to cancel is discretionary and subject to review in the AAT (usually). So what happens when:

He again seeks review of the decision and ultimately, the High Court (in Minister for Immigration and Border Protection v Makasa [2021] HCA 1) frames the question as (at [44]):

The result, in short, is that a decision of a delegate or the AAT not to cancel a visa made in the exercise of the power conferred by s 501(2) of the Act on the basis of facts giving rise to a reasonable suspicion that a visa holder does not pass the character test is final, subject only to ministerial override in the exercise of the specific power conferred by s 501A.

This basically means the power can only be used once. I will leave you to read the decision for all the analysis that led to that conclusion (which is more complicated than it first appears).